Electro-Voice and Dynacord at the Royal Institute of British Architects 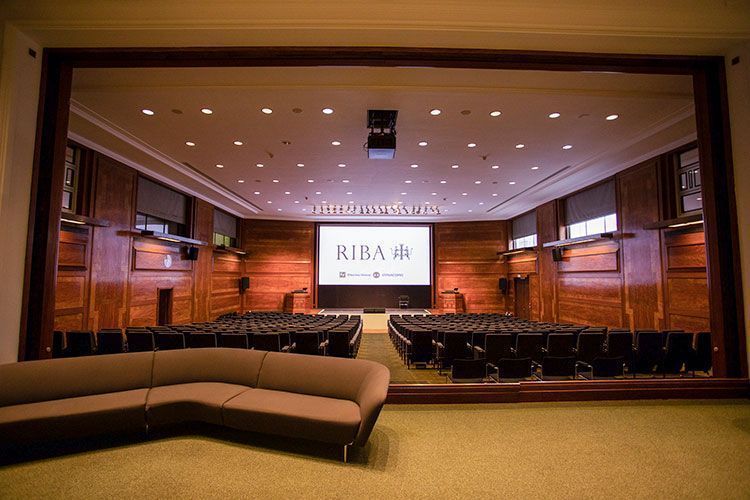 Electro-Voice and Dynacord combined strengths for an audio update in the Jarvis Hall at its London headquarters.

T S Professional Sound+Light took on the installation project in the protected historic building to create a system that would be as flexible as the room itself.

Created as a lecture and examination space when the building was opened in the 1930s, Jarvis Hall has a 284-seat main hall, which can be expanded to a 400-person capacity with the inclusion of a breakout room, hidden behind a moving tapestry at the back of the space. This split design means that any solution being added to the technical setup needs to flexible enough to cope with multiple configurations.

“We originally had quite a limited system in here,” recalls Steve Barrett-White, AV Manager at RIBA.

“We had a two-channel, four-speaker system but because things have grown for RIBA on the events side, we required full 7.1 surround sound to cater to film screenings. In addition to this, the orientation in the breakout room can either face the main stage when it is being used as one large hall or can be rotated 90º. This led to a design with 13 speakers across both rooms.” 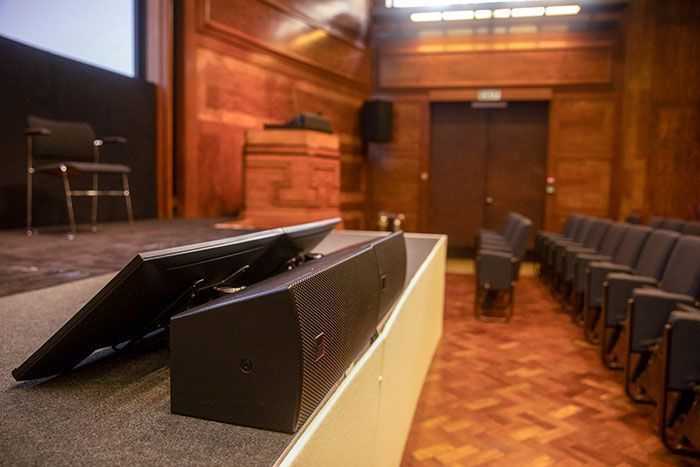 Over three days, the T S Professional Sound+Light team installed Electro-Voice EVC-1122s as the main system, with EVC-1082s as side fills and EVU-2082Bs as centre fills in the main hall. Low frequency support is via a pair of EVC-1181 subwoofers installed under the stage. The breakout space features three more EVC-1082s to allow for the different configurations.

“We took a look at what was already here, and we just tried to improve on that,” states Keith Upton, Managing Director at T S Professional Sound+Light

“The speakers had to be larger for a bigger sound. Thankfully, one of the things about Electro-Voice is that there is a speaker for every application, so you are never frustrated when you do a job. It had to be surround, but we were restricted with where we could install the speakers by the Grade II listed building status. So, we plotted where the speakers could be installed on custom brackets and agreed on a design in consultation with Electro-Voice.”

Power and control is via a pair of IPX10:8 amplifiers from Dynacord 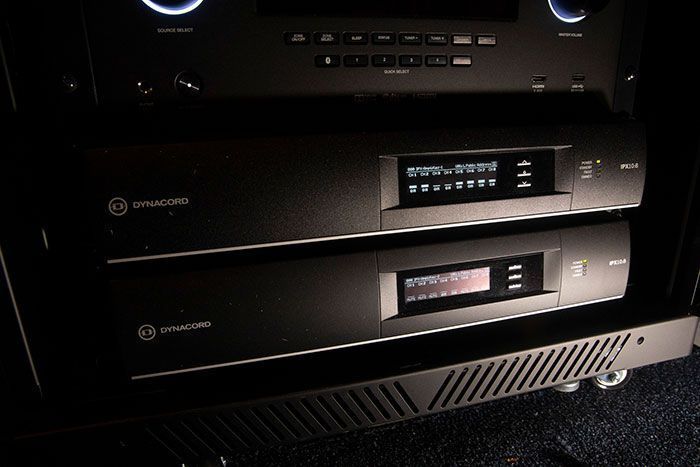 “The amps all have preconfigured settings which we can select for the different uses of the hall,” adds Gabriel Thorp, Senior AV Technician at RIBA.

“This has opened up the possibilities for how the space is used, and we can give our clients the assurance that the sound system can be optimized for their needs”

Completing the solution is Dynacord’s new SONICUE sound system software, which provides comprehensive system monitoring and intuitive control via a “speaker view” GUI. This gives RIBA’s engineers a real-time visual reference to what is happening with the sound system, with the ability to monitor impedance, control levels and mute speakers, when needed.

Reflecting on the upgrade, Barrett-White concludes: “Electro-Voice and Dynacord came out as the number one choice for Jarvis Hall because of their flexibility with working with us and the architects to create the best possible system. The sound was so much better than anybody else’s; it just fit this space perfectly.”