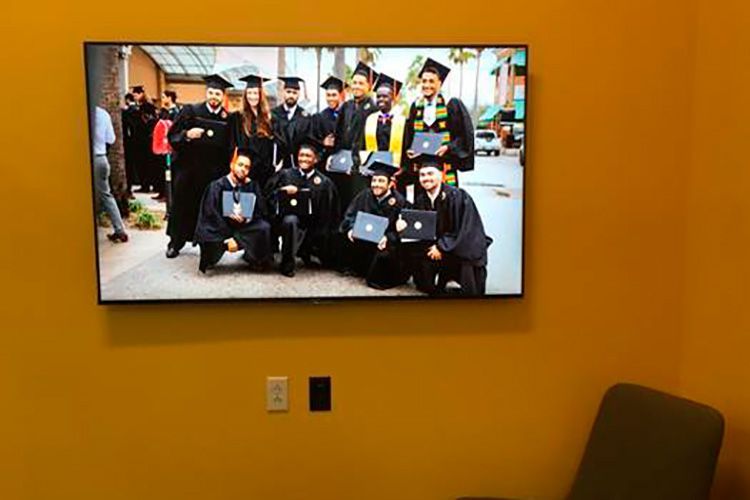 The school’s new UCF Downtown 15-acre campus, located in Orlando’s Creative Village, incorporates the latest audio-visual innovations into a sleek but welcoming environment for 21st century learning. Thanks in part to its thoughtful integration of technology with design, UCF was among the top 20 most applied to colleges in 2019, according to Niche.com.

The design of the school reflects its overall commitment to collaborative learning. When a student walks into the main building of the downtown campus, the Dr. Phillip’s Academic Commons (DPAC), they’re greeted by several 55” Sony BRAVIA 4K HDR professional displays – one in each of the breakout rooms.

Over 120 Sony BRAVIA displays are installed within the four UCF buildings in downtown Orlando for signage, study rooms, conference rooms, and classrooms

A short time after installation, UCF brought a use-case desire to modify the way the display’s sleep mode and screensaver operates to Sony’s attention. What the school wanted was a display that was “plug and play.” In other words, they wanted the display to automatically detect when an HDMI input signal was detected and “wake up” from Sleep or Screen-saver mode, and automatically switch to the active HDMI input. Likewise, the display would automatically power down or revert to running a customized screensaver when the HDMI signal was disconnected, until another device plugged into its HDMI interface and woke it up again.

Sony presented two options. The displays could be set to Wake on Signal and run in “Pro Mode”, which would automatically wake the display when it detected a signal on its HDMI. Or, they could use the BRAVIA Meeting Free, which is an embedded app that is also enabled within the Pro Settings menu of the display. The BRAVIA Meeting Free app allows the user to customize the home screen and provides the ability to have an active Standby screen when the display is not in use. 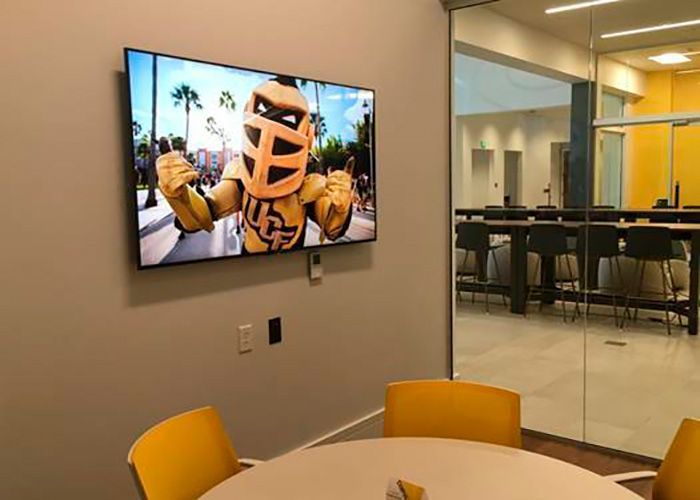 While the above two options met UCF’s use-case, they wanted to take the functionality one step further. In order to promote events at the school, and for a better overall look in the building’s interior, UCF wanted to run school informational and promotional slides as the Standby screen while displays were inactive. To accomplish this, Sony’s engineers created a simple HTML application that installs images or videos that replace the default BRAVIA Meeting Free Standby screen image.

This solution met UCF’s desired use-case and they chose to deploy the BRAVIA Meeting Free application across all of the displays in the DPAC. The ease of students sharing their work and the ability to have dynamic visuals running while the displays were inactive was exactly the vision UCF desired for the area.

Because the displays are very easy to use and all the inputs are within reach, there’s much less worry about them being broken. Students plug in their laptop to the HDMI that automatically selects the source and it shows their laptop on the TV. This eliminates the need for the IR remote control, which would potentially get lost and require a call for support.

UCF also took advantage of BRAVIA’s Power Scheduler enabling the displays to be turned off at night, and on in the morning, which conserves energy and extends the life of the units.