L-Acoustics at the Floridian Social Club 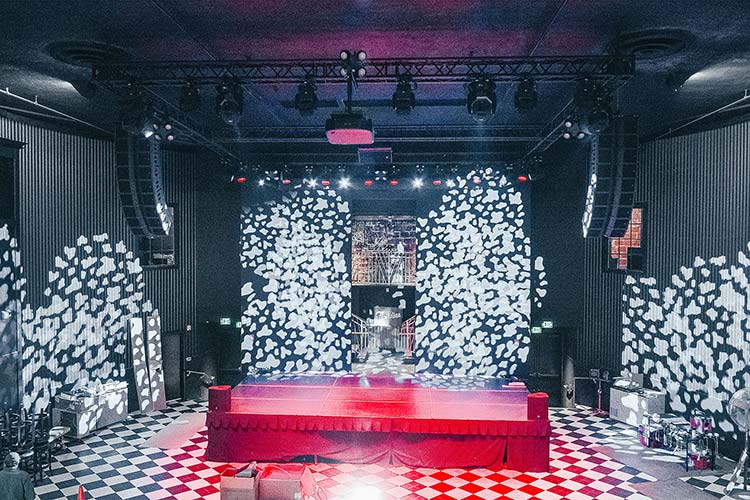 If you live in St. Petersburg, Florida, then you know the Floridian.

The 8,600-square-foot building began life in the 1920s as a bank, then was transformed into a cinema, and later a concert hall known as the State Theater before being shuttered in 2018.

Designed in the neo-classical architecture style—arched doorways, Greek columns, ornate carvings—the venue has stood the test of time. Now, purchased by St. Pete native and entrepreneur Kevin Chadwick, who oversaw an estimated $1 million-plus renovation that he described as ‘a passion project,’ it’s become the Floridian Social Club, a lounge, concert venue, and event space in the heart of the city’s downtown Central Avenue entertainment district.

All that stands between the venue’s history as the State Theater and its new incarnation as the Floridian Social Club is the abatement of the COVID pandemic. “When the time comes, which Kevin expects will be in January and properly socially distanced, the Kara will be ready and waiting,” says ESI Production Services President Erick "Otto" Celeiro. 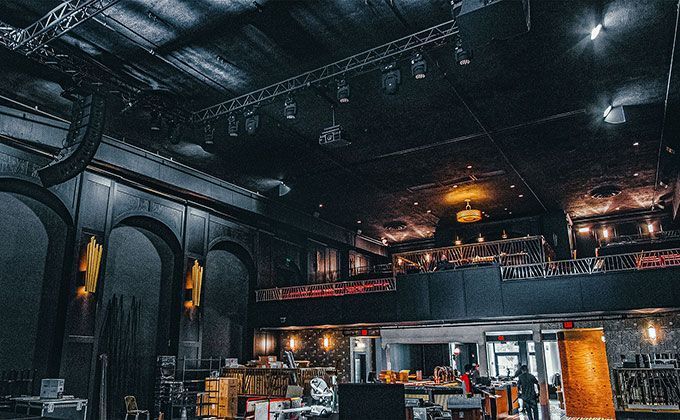 Celeiro also specified the system, installed by colleague Conrad “Deke” Andrews and calibrated by L-Acoustics Application Engineer Vic Wagner. “Kara is the perfect solution for this project,” Celeiro notes, citing the enclosure’s light weight and compact form factor. “It sounds fantastic, and it will be able to handle any type of music they can bring in. But, equally important for a landmark building like this, aesthetic concerns were critical. An enormous amount of money was invested to make the venue look great. The PA had to be able to deliver a real punch without being visibly obvious. Kara does just that—delivering unexpected punch for its size.”

He adds that Kara’s light weight also addresses any issues around rigging in a 100-year-old building. “I consulted an authority on rigging in older buildings and he confirmed that the ceiling could easily withstand nine Kara per side thanks to how light the box is,” Celeiro says. “But above any other factor, Kara was chosen for how it sounds. It’s able to provide excellent fidelity and coverage for the entire room and was ultimately chosen for its performance.”

Chadwick, who says he feels fortunate that the Floridian’s renovation period coincided with the pandemic’s shutdown, agrees that sound quality was the overriding consideration in choosing the L-Acoustics system. “The concerts and events that will take place here will range from A to Z—from country to rap—so the sound system has to be able to handle any kind of genre,” he says. “We know Kara can do that because it’s the first choice of so many great musicians. We understand that a venue’s sound system plays a role in attracting artists, and we’re glad that ESI recommended it. In fact, L-Acoustics’ reputation as a leading, ‘rider-friendly’ sound system was a prime consideration in our decision.”

“Everyone is looking forward to when we can all hear live music again,” he continues. “And we feel that we’ve created an environment for performers and audiences here that no other venue of our size, in this market, can offer. And Kara has a lot to do with that.”